Read Link Later was a Chrome extension that added "Read Later" links to tweets on twitter.com that have URLs.

I retired Read Link Later in 2012. Twitter keeps updating and I needed to allocate time to other projects instead of this extension.

It handled multiple URLs in a single tweet and updated with the timeline. 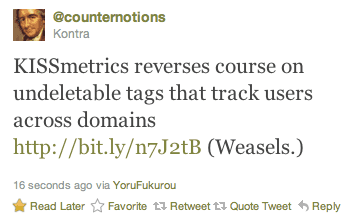